Edney earned a Bachelor of Science degree in Psychology from the University of Minnesota, a Professional in Human Resources designation from the HR Certification Institute, and a Wholesale Distribution Management Certificate through The Ohio State University’s Executive Education Program. She participates in national and regional gatherings of The Employee Stock Ownership Plan (ESOP) Association and the Society for Human Resource Management (SHRM). Jennifer joined Edney Distributing Company, Inc. in 2008 to support the Company in a time of change. Prior to working in the family business, she held sales, operations, and management roles at companies including Target and The Hartford.

Jennifer is married to John Schrieber and has two teenage children: Alex and Ellen. They live in Woodbury, Minnesota where she volunteers with her church’s youth program and serves on the Woodbury High School Tennis Booster Club Board.  Edney Distributing Company, Inc. is proud of their longtime membership and active participation in EMDA. The Company joined FEWA in 1963, led by her grandfather Milton Edney.  Jennifer’s father, Doug Edney, is the President of Edney Distributing Company, Inc. and is a FEWA Past President.

EMDA Board members are elected for a three-year term, and are eligible to serve two terms. The EMDA Nominations Committee also proposed the re-election to the Board of Wayne Barber, President, DFK Equipment Sales, Inc., St. Marys, Ontario Canada, to serve as 1st Vice President.

EMDA Treasurer, John Fonda, President, John Day Co., Omaha, Nebraska, will have completed his term of service on the EMDA Board and will not be eligible for re-election. 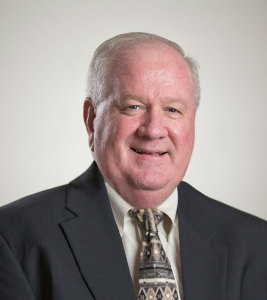 Dennis Kerber was born in Albuquerque, New Mexico and raised in Chicago Heights, Illinois, a suburb south of Chicago. He received B.S. degree in Business Management in 1975 from St. Joseph’s Calumet College in East Chicago, Indiana, and has spent his entire working career engaged in the Agricultural Industry.

Upon graduation, Kerber joined Ingersoll Products, Division of Borg Warner…primary supplier of tillage & seeding blades in North America.  During his tenure at Ingersoll he assumed both inside sales and territory sales roles.  He was appointed Sales Manager in 1980 and Vice President Sales & Marketing in 1985.

In 2011, Weasler Engineering was acquired by Actuant Corporation, which is a diversified industrial company serving customers from operations in more than 30 countries.  Within Actuant, Weasler operates as a part of SPT (Specialty Power Transmission) which is comprised of Weasler Engineering and Elliott Manufacturing.  Elliott provides power transmission products to a variety of industries – including the Agricultural Industry.  Elliott‘s FlexSeeder™ shafts are engineered for planter manufacturer’s worldwide, which provide more efficient solutions for today’s demanding precision planting requirements.

Kerber is the Marketing and Customer Relations Leader – Weasler Engineering and Elliott Manufacturing.

Kerber notes additional interests: “I am half “Irish” – comes in “handy” on the golf course!  And, Family time…..fortunately, the grandchildren are nearby!