Houston is open and ready for business! 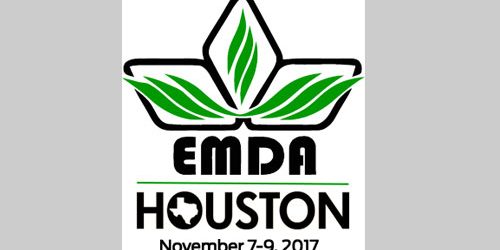 We’re counting down the days until EMDA’s Fall Convention and can assure members that the flooding in Houston caused by Hurricane Harvey in late August won’t prevent us from holding our convention at the Hyatt Regency Houston in November.

The hotel was unaffected by the storm. The airports are operating at capacity. The downtown business district was not damaged and is open and busy.

All of our optional tours are a go too: Rice Village Food Tour, the Museum tour, and Space Center Houston are currently running, so we’ll be fine in November.

The Golf Club of Houston did experience a breach of water at the Bayou that runs between their courses — but thankfully, they were very lucky that the water receded quickly and their pump houses were not flooded. The Tournament Course was able to re-open for play the Saturday after the storm. The Member Course (where our Golf Outing will be) opened a few days later. Unfortunately, their bunkers received some damage and they are continuing to work on that issue. The clubhouse did not flood.

As you’ll see in the video, Visit Houston President Mike Waterman says “Houston is open and ready for business.”

We look forward to adding our support to the Houston economy with our Convention in November.  Register today! #EMDAhouston

Registration is open for EMDA’s 2023 Spring meeting in the Florida Keys
January 18, 2023

Making the Most of the EMDA Fall Convention
October 11, 2022