Josh Overholser nominated for election to EMDA Board of Directors

Josh Overholser, President, Superior Implement & Supply Co. (SISCO), Greenville, Ohio, has accepted the nomination for election to the EMDA Board of Directors. The election will take place at the Association’s Corporate Annual Meeting in Orlando, Florida, October 26, 2022. 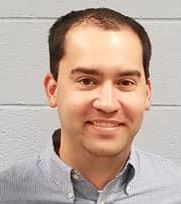 Josh grew up in Ansonia, Ohio, and graduated from Ansonia High School. He currently resides just 10 miles south of there in Greenville (where SISCO is located). He graduated from Otterbein University in Westerville, Ohio in 2014 with a Major in Broadcasting, Minor in Sports Communication. Josh worked for two years out of college at WHIZ News in Zanesville, Ohio as their evening news anchor and radio voice of Zanesville High School football and basketball.

Josh joined the family business full time in 2016 when he moved back to Greenville. “My initial duties were with a marketing focus as I also worked to learn the operations of the business from my dad and mom. When my dad (Ben Overholser) passed in May of 2021, I took over as President of the company and now work together with my mom (Gail Overholser) in the day-to-day operations of the business.”

In business since 1946, Superior Implement and Supply Company, Inc. is a wholesale distributor of top grade farm equipment, outdoor power products and light industrial equipment. The company is proud to serve more than 200 dealers and thousands of customers throughout a seven state area including Indiana, Michigan, Kentucky, West Virginia, Western Pennsylvania, Western New York and their home state of Ohio. SISCO represents more than 15 manufacturers, many of which have been in business with them for several decades. With more than 30,000 square feet of office and warehouse space standing on 10 acres, SISCO is fully staffed to provide warehousing, marketing, parts, service, delivery and financial services to a growing number of agricultural and outdoor power equipment dealers. The company’s experienced sales force is comprised of hands-on individuals equipped with trucks and trailers which enable them to “show and sell” as they travel.

Josh also continues to stay involved in broadcasting on the side, announcing races at Eldora Speedway, broadcasting high school sports on WTGR, and PA announcing for Ansonia High School. He also serves as Area Action Council Chairman for the National Federation of Independent Business (NFIB) and is a member of NFIB’s Ohio Leadership Council.

Josh has been married to his wife Jennifer since May 20, 2017.  “We met in college at Otterbein University in 2013. Jennifer works as a marketing specialist for Everheart Hospice in Greenville and is also a professional painter specializing in Impressionist-style oil paintings. She also serves as President of the Greenville Art Guild.”

“When not at work, I enjoy sports. If I’m not broadcasting them on the radio or announcing over a PA system, I’m in the stands or on my couch watching. Especially a big fan of the Bengals (just got season tickets this year! Who Dey!), the Columbus Blue Jackets, Cincinnati Reds, and just about any form of motorsports. I love to play golf, although I struggle to find the time to play as much as I’d like. My wife and I also enjoy traveling and going to concerts and shows”

EMDA Board members are elected for a three-year term, and are eligible to serve two terms. The EMDA Nominations Committee also proposed the re-election to the Board of Bob Doran, Doran Distribution Services, Mount Horeb, Wisconsin, to serve as 1st Vice President.

Board members serving terms through 2024 include: Trey Price, Price Bros. Equipment Co., Wichita, Kansas, who will serve as President and then Treasurer; and Kris Yancey, Implement Sales, LLC, Stone Mountain, Georgia, who will serve as Secretary and then 2nd Vice President.

EMDA Treasurer, Kent Zimmerman, VP, Ag Sales Manager, John Day Co., Omaha, Nebraska, will have completed his term of service on the EMDA Board and will not be eligible for re-election.