Kris Yancey nominated to serve on the EMDA Board of Directors 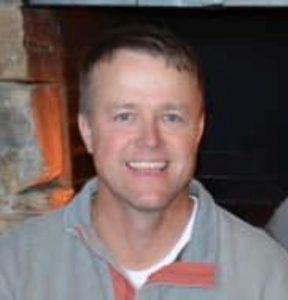 Kris Yancey, Owner and Operator of Implement Sales LLC located in Stone Mountain, Georgia, has been nominated for election to the EMDA Board of Directors. The election will take place at the Association’s Corporate Annual Meeting in Oklahoma City OK, November 3, 2021.

ISCO currently operates out of a 31,000 square foot warehouse and office facility. Prior to ownership, Yancey was a territory manager for ISCO covering North Georgia, East Tennessee and North Alabama for 21 years.  When Yancey’s father-in-law, Mitch Elkins retired, Yancey had the opportunity to purchase the business from Mitch Elkins and Dick Price in 2019.  ISCO has been serving the dealers in the South East for more than 67 years,

Yancey has 3 outside sales managers with an eye on increasing that number in the future.

Yancey was born and raised in Georgia and attended Georgia College and State University and Southern Polytechnic.  In 1999, Kris began his career at ISCO. Yancey’s favorite part of his job is building relationships with his dealers.

Kris and his wife Brittany have two college age kids, Cole (22) is a senior and plays baseball at the University of North Georgia and Paxton (19) plays soccer at Toccoa Falls College.  Kris and his wife enjoy watching their kids play sports, hiking, jeep riding and being active members for more than 25 years at their church.  In his spare time, Kris enjoys golf and working with the men at his church.