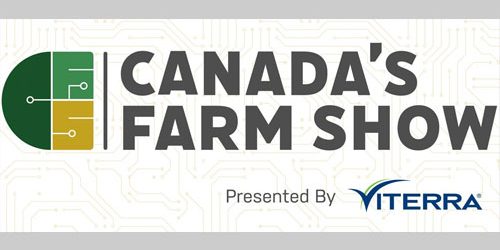 Global food demand is increasing due to the global population increase. Food demand is expected to increase by 60 to 98 percent by 2050, meaning yields will need to nearly double to meet demand. Saskatchewan is well-positioned to help the world lead this challenge as one of Canada’s top crop producers.

“We have been working hard with the advisory committee behind the scenes to build a new direction for the show,” said Tim Reid, President & CEO of REAL. “With the increase of global food demand on the horizon now is the time for Canada’s Farm Show to redefine the show’s value proposition for the future. Farming is adapting and changing; farm shows need to do the same.”

On Monday, December 9, Reid announced the exciting changes, including the change in title from Canada’s Farm Progress Show to Canada’s Farm Show and introducing a new visual identity.

Other significant changes to the event include:

Along with many of the new and exciting changes, REAL was honoured to recognize the show’s presenting sponsor, Viterra, who have been incredible supporters of the show for over ten years. Today, it was announced Viterra had signed a three-year sponsorship contract.

“Canada’s Farm Show is rising to the challenge of making the necessary changes to ensure it continues adding value as a forum for meaningful dialogue, a showcase for innovation, and a place where industry players can connect and collaborate,” said Kyle Jeworski, President and CEO of Viterra North America. “I would like to thank Tim and his team for their dedication in implementing a new direction for the show and embracing the possibilities that come with change. At Viterra we’re pleased to be continuing our partnership and supporting this world class event.”

Registration for the show is now open.