Edgar Eugene “Beck” Becknell passed from this life Wednesday, April 30, 2014. Eugene was born on April 9, 1928 to Edgar and Nell Becknell in Quanah, Texas. 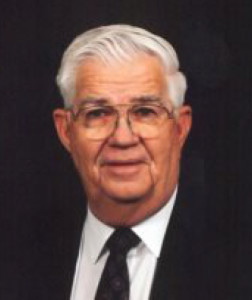 Eugene married Wanda Sawyers at St. John’s United Methodist Church in Lubbock, Texas on October 8, 1949. He graduated from Idalou High School and attended Texas Tech. He was a proud cotton farmer and prided himself in planting his cotton on his birthday. Along with farming, he co-owned the Idalou Pump Company, partnered in the Farmers Gin in Idalou, and spent a large part of each cotton season working on the farm in the daytime and pulling the night shift as the gin manager. In 1969, he stepped in to manage the family business, Becknell Wholesale Company, after his dad was seriously injured in a car accident. Under his leadership, the business expanded from Lubbock to a second location in Dallas. He always hired young college students, many of whom went on to very successful careers.