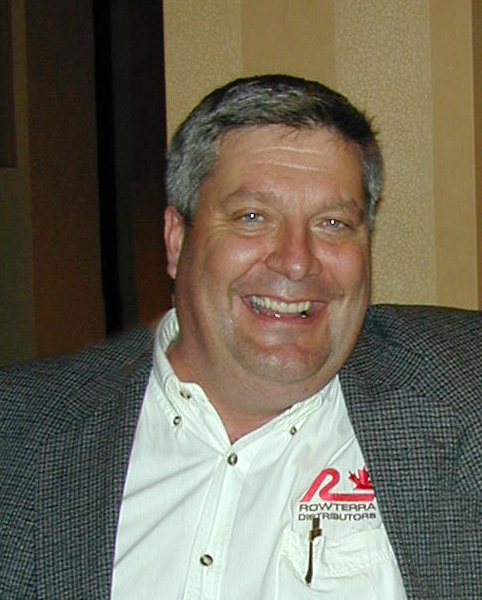 Mike was a “Man’s Man”, larger than life. Born with his twin sister Ramona in Barhead, Alberta on October 12, 1959, Mike is survived by his son, Nick (Jessica), his mother, Anne, his niece, Tara Lynn (Tim) and the granddaughter of his heart, Kylee.  He was predeceased by his sister, Ramona and father, Alec.

As a young man Mike was actively involved in the Army Reserves; served as a fireman & Lieutenant with the Langley Fire Department; was a passionate war historian, hockey player & coach and avid sports enthusiast, player and fan. He will be missed and remembered by his family and friends not only for his larger than life persona but the tender heart behind it.

Rowterra Distributors has been importing and distributing agricultural equipment to Western Canada since 1979 and joined FEWA in 1986. Rowterra employs territory managers in British Columbia and Alberta. Products include tillage tools, silage making equipment, haying equipment and quality shortline products. The firm operates a full service shop and parts facility. Rowterra is proud of the quality of products and service it offers its dealers and will continue to select suppliers of the same high standard.

Celebration of Life & Reception Saturday, January 16, 2016 at 11:00 am, St. Dunstan Anglican Church, 3025-264th Street, Aldergrove, BC. Condolences may be offered at: www.arbutusfuneralservice.com.