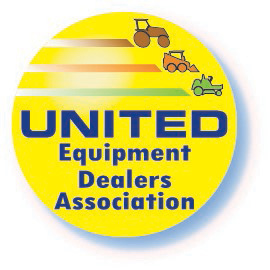 The members of the Ohio-Michigan Equipment Dealers Association (OMEDA) and Mid-America Equipment Retailers Association (MAERA) have voted to merge effective January 1, 2016.  Implementing the complete merger will be a process over the next few months, but will be overseen by a unified Board of Directors.

The newly formed association will be called the United Equipment Dealers Association (UEDA) and will represent 747 members in four states including: Indiana, Kentucky, Michigan and Ohio.  UEDA will be overseen by twelve board members comprised of members from these four states.

Last fall, the OMEDA and MAERA board of directors approved a merger plan and submitted it to the members for a ratification vote. The members approved the merger by an overwhelming margin.

“This merger is another step in the process that began in 2007 when OMEDA and MAERA formed an association management company, AMG, LLC, with joint ownership by both Associations.” said Kim Rominger, CEO and Executive Vice President for UEDA. “With the continued consolidation of dealerships operating in multiple states this merger strengthens the unified voice for all dealers in our region. The Association will be able to react quicker and represent all of our members’ interests in a more effective manner. This will also give us increased strength of numbers when speaking with manufacturers on issues and concerns going forward.”