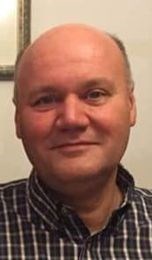 Ben was born in Greenville on September 18, 1962 to Bud and the late Phyllis (Peters) Overholser.

In addition to his mother, he is preceded in death by his father-in-law, A. Gale York, and a nephew, Chris Overholser.

Ben graduated from Greenville High School in 1981 where he was active in FFA. Through FFA, Ben began working his senior year at Superior Implement and Supply Co. (SISCO). His work quickly became his passion, and in 2005, he fulfilled his dream when he purchased the company along with his wife. SISCO has been an EMDA member since 1981.

Through both the business and personally, Ben loved to give back by supporting various charitable causes throughout Darke County – especially the FFA and junior fair programs. Ben has received honorary FFA degrees from Ansonia, Arcanum, Greenville, and Mississinawa Valley FFA Chapters. He was also always proud to support the livestock sale at the Great Darke County Fair where SISCO is frequently a platinum level buyer.

In order to honor Ben’s legacy and continue to support the causes he so greatly loved, his family has established the Ben Overholser Memorial Foundation which will provide scholarships to Darke County FFA and 4-H members among other local charitable causes.

Friends may call on the family from 5:00 PM- 8:00 PM on Thursday, May 27, 2021 at Zechar Bailey Funeral Home, Greenville, Ohio. Funeral service at 11:00 AM on Friday, May 28, 2021 with Pastor David Wilson presiding. There will be an hour of visitation prior to the service. BuriaI at Greenville Union Cemetery, Greenville, Ohio. In lieu of flowers, the family requests that memorial contributions be made to the Ben Overholser Memorial Foundation, PO Box 475, Greenville, OH 45331.