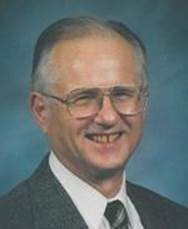 After a long illness a very gentle soul left peacefully in his sleep early on a Sunday morning, July 26, 2015 – his favorite day of the week. Dorsey Meyer was born October 5, 1928 in Omaha, Nebraska, to Ray R. Meyer and Carol Anderson Meyer. He spent his first eight years on a small farm in Saunders County, Nebraska. In 1936 he moved with his parents to California and lived in Los Angeles, Chico and Sacramento. Their final move in 1940 was to Stockton.

In 1947 Ray Meyer and the partners in Towner Manufacturing co-founded Towner Meyer Company as an independent wholesaler of farm equipment and related supplies. Dorsey joined the company in 1950 as a territory representative in Northern California, and then became Sales and Credit Manager in 1953 and subsequently Assistant General Manager. Upon his father’s death in 1973, Dorsey became President and General Manager, and in 1981 the company was renamed Meyer West. They served retail farm equipment and supply dealers in Alaska, Arizona, California, Hawaii, Idaho, Oregon, Washington and Western Nevada. Dorsey sold the company and retired in 2001.

Meyer West was a member of the Farm Equipment Wholesalers Association (FEWA) from 1956 through 2003 and Dorsey served on the FEWA Board of Directors from 1980 through 1985, serving as President in 1984.

In addition to his career with Meyer West, Dorsey was very active in many organizations related to farm equipment, civic groups and music. Past President of: Board of Directors, Children’s Home of Stockton, Children’s Home of Stockton Foundation Board of Trustees, Tractor and Equipment Club of California, Farm Equipment Wholesalers’ Association, East Stockton Kiwanis Club, and Stockton Chorale Board. Also Former General Manager of the Stockton Concert Band, General Manager of California Choral Company, Trustee Emeritus of Stockton Chorale Board of Trustees, 52 year member of First Presbyterian Church serving as Deacon, Elder, Member of Session and Choir, and sang in the Stockton Chorale. He was a Past Advisor of Order of DeMolay and held the honorary awards of Legion of Honor and Chevalier Degrees (Order of DeMolay), member of the Masonic Lodge (32nd degree) and Stockton Scottish Rite Bodies. Dorsey enjoyed music (especially singing), reading, gardening (particularly roses), his workshop and travelling.

The family would also like to thank Doctors Lawrence DePolo, Kirti Solanki and Surrender Raina for their kindness and diligent care. In addition we appreciated and are grateful to all the staff at Meadowood, who provided such wonderful care and loving attention to Dorsey. Suggested donations in Dorsey’s memory are Children’s Home of Stockton or San Joaquin Hospice.

As he requested, private services were held with the families in attendance. Arrangements entrusted to the care of ABC Wallace Funeral Services, 445 N. American St., Stockton.