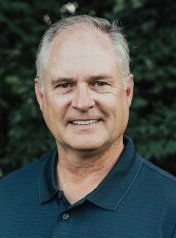 Fortified with the sacraments of Holy Mother Church on June 1, 2021, Kevin Wayne Harrell passed away at the age of 58.

Kevin grew up on a farm in Moscow Mills, Missouri. He went to college at Mizzou and was in the Alpha Gamma Sigma Fraternity. Kevin graduated from Mizzou in 1985. He married the love of his life, Julia Roellig on May 16, 1987 and they enjoyed 34 years of marriage. He was a member of St. Gianna Catholic Church and the Knights of Columbus. Kevin loved to go snow skiing at Winter Park, Colorado. He enjoyed cooking, fishing, golfing and camping. He will be dearly missed by all who knew and loved him.

Kevin was an EMDA member from 2010 through 2015 with his independent rep firm, Harrell Sales Co., LLC in Wentzville, Missouri. He was an active participant in the EMDA Fall Convention until closing his business in 2016 to begin working for AGI.