Bob Doran nominated to serve on the EMDA Board of Directors 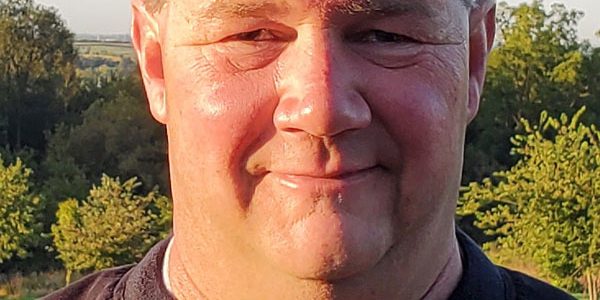 Bob Doran, President, Doran Distribution Services, Inc., Mount Horeb, Wisconsin, has been nominated for election to the EMDA Board of Directors. The election will take place at the Association’s Corporate Annual Meeting in St. Louis, Missouri, November 6, 2019.

Bob Doran is President of Doran Distribution Services, Inc. DDSI was formed on April 10, 1998, company was founded by William (Bill) and Bob together.  Bill had been in the ag industry since 1967 starting in service and moving into sales shortly after. Bob continued working in the construction industry until January 1, 2000 when he joined his Father full time.

DDSI is based in Mount Horeb, WI, we travel the states of Wisconsin, Illinois, Iowa and Minnesota.

Bob lives with his wife Sara and son Devon just South of Mount Horeb. As a family we enjoy several outdoor activities including boating, snowmobiling, going to Devon’s sporting events, watching football, baseball and spending time at the cabin.

We currently have 2 employees: Dave Petri who has been with us since January 1, 2010. Dave came to us from Deutz where he was a territory manager, he has been active in the ag industry in one form or another since 1989.  Dave lives in Eagle, WI with his wife Sue and has 2 kids Will and Emma. The Petri family enjoys, spending time on the water, and Dave is a avid hunter.

Brandon Kies who joined the team in March of this year. Brandon joined the team coming from Summers Manufacturing as a territory manager, while we were able to work with Summers and incorporate our other lines and bring Brandon aboard and add our other product lines, Brandon came from a family farm in Iowa and now lives in Fonda, IA with his 3 kids Easton, Truin, and Averie as well as his wife Jessie. The Kies family enjoys time at the cabin which includes boating and spending time on the water, Brandon also is very active in demo derby events.

We have been very fortunate to maintain a great variety of product lines. We thrive to keep the interest of the company as well as the dealer and customer in mind at all times. We live by the motto: “work hard and play hard.”

EMDA Board members are elected for a three-year term, and are eligible to serve two terms. The EMDA Nominations Committee also proposed the re-election to the Board of Kent Zimmerman, VP, Ag Sales Manager, John Day Co., Omaha, Nebraska, to serve as 1st Vice President.

EMDA Treasurer, Jerry Nettles, Short Line Sales, Memphis, Tennessee, will have completed his term of service on the EMDA Board and will not be eligible for re-election.