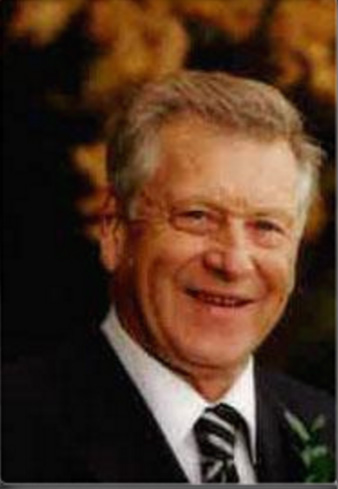 A resident of London, Ontario and formerly of Highgate, Keith Wardell passed away at the London Health Sciences Centre – Victoria Hospital on Friday, November 20, 2015 at the age of 72.

Born in Duart, Ontario, Keith was the son of the late Raymond and Mary (Mestdagh) Wardell.

Loving father of Mike Wardell of Sundridge, formerly of Highgate.

Brother of Brad Wardell (Sandy) of Brigden and Joe Wardell (Lorri) of Highgate. Predeceased by his brother Terry Wardell (October 29, 2015). Brother-in-law to Pam Wardell of Rodney.

Also missed by many nieces, nephews, friends and extended family.

Keith was actively involved with many service clubs, including the Lions Club, the Masonic Highgate Lodge, #336 A.F. and A.M., and the Blenheim Shrine Club.

Keith was one of the founders of EMDA member DFK Equipment Sales Inc., St. Marys, Ontario. Founded in 1982 by Doug Barber, Floyd Steinman and Keith Wardell, DFK  has been in business for more than 30 years, and sells and services farm equipment, light industrial, recreational and turf equipment dealers in Ontario, Quebec and the Maritime Provinces.

Family will receive friends at the Funeral Home, 76 Main Street East, Ridgetown on Thursday, November 26 from 2:00 – 4:00 p.m. and 7:00 -9:00 p.m. A Masonic Service will be held Thursday, November 26 at 6:45p.m. A Celebration of Keith’s life will be held at the McKinlay Funeral Home at 11:00 a.m. on Friday, November 27, 2015 with Rev. Judith Fayter officiating. Cremation has taken place. Following the service, Keith and Barb will be interred together at Greenwood Cemetery in Ridgetown.

Donations made in memory of Keith to the Chatham-Kent Hospice, London Health Sciences Foundation – Dialysis Centre or Erie Street United Church would be appreciated.

Online condolences may be left at www.mckinlayfuneralhome.com