Steve Prouty nominated for election to the EMDA Board 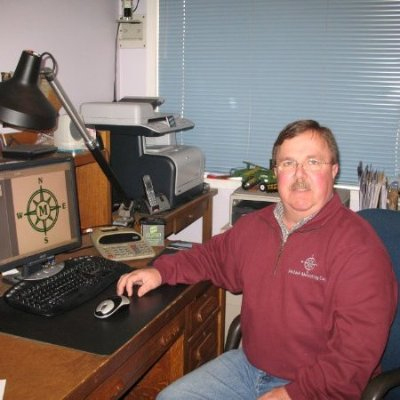 Steve Prouty, McNeil Marketing Company, Albany, Oregon, has been nominated for election to the EMDA Board of Directors. The election will take place at the Association’s Corporate Annual Meeting in Kansas City, Missouri, October 28, 2015.

Steve Prouty is Owner and President of McNeil Marketing Company, Inc. an independent manufacturer’s rep company serving six Northwestern states since 1991.  McNeil Marketing specializes in innovative agriculture and industrial equipment, providing our dealer network with a competitive edge with excellent profit potential while offering the best value to their customers.

Steve’s career in Agriculture began 1981 just after college with a Junior Accounting position with Lely Pacific, Inc. located in Tangent, Oregon.  Lely Pacific was the West coast division for Lely Industries, a manufacturer, importer, and distributor of agriculture and turf equipment based in the Netherlands.  Steve advanced to the position of Chief Comptroller and spent 22 years with Lely.  Steve and Debbie purchased McNeil Marketing Company from Louie McNeil in 2003.  Wanting to grow the business and expand their territory in 2012 they purchased NorthWest 94 Sales, Inc.  Steve and Debbie have learned that the rep business can require long days and lots of road time but allows them to work and build relationships with some of the best people in the world.  McNeil Marketing Company has been an AIMRA / EMDA member since 1991.

Steve and Debbie married in 1981 and raised three children: Sara, and twins, Christina and Kyle.  In his spare time Steve enjoys barbequing for everyone, gardening with Debbie, golfing, and cruising and showing his restored VW Westfalia Bus.

EMDA Board members are elected for a three-year term, and are eligible to serve two terms. The EMDA Nominations Committee also proposed the re-election to the Board of Ron Chandler, Partner, Becknell Wholesale Co., Inc., Lubbock, Texas, to serve as 1st Vice President.

EMDA Treasurer, Ted Traeder, CPMR, Vice President, Traeder Enterprises, Inc., Hillsboro, Wisconsin, will have completed his term of service on the EMDA Board and will not be eligible for re-election.